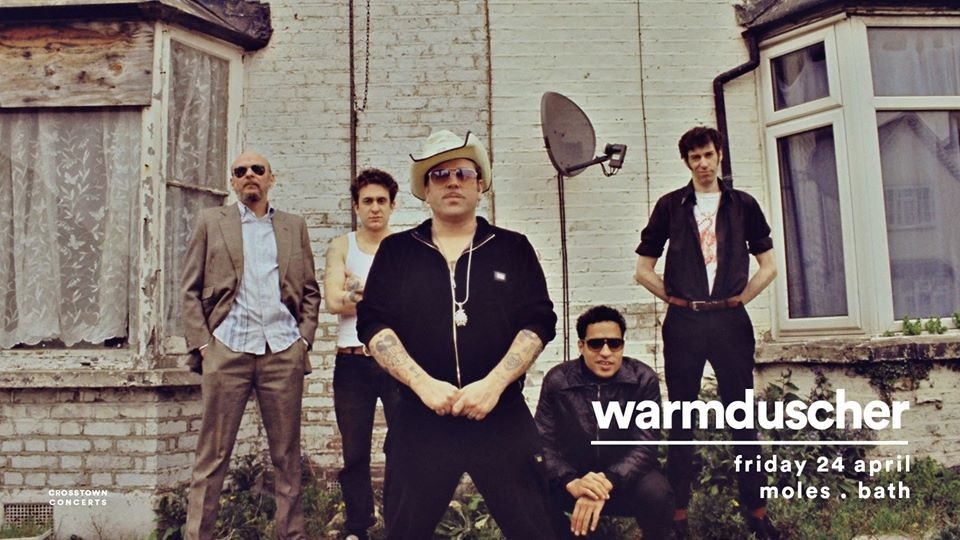 Reschedule announcement! Warmduscher’s September date at Moles has now been moved to Friday March 26th 2021. All original tickets are valid, if refunds are needed, please return to point of purchase.

Warmduscher are a group of miscreants, known only by aliases (Clams Baker Jr, Lightnin’ Jack Everett, Salt Fingers, Quicksand and Dr. Withers aka Little Whiskers). Ardent fans, Iggy Pop and Marc Riley have only gleaming praise to heap on the band, and in return, Warmduscher have blessed them both with immortality.

The band’s live show has left thousands across the UK and Europe desperate for more. During their set at End of the Road Festival 2018, they were accused of inciting a riot and thrown into a giant hole.

They have since emerged and will soon embark on a worldwide tour of France, Switzerland and Italy. Breathe it in before it’s gone.