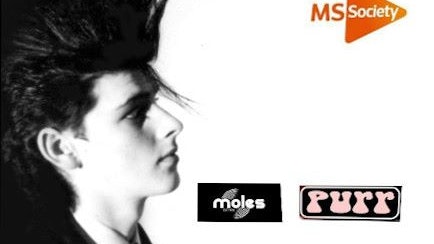 A night in aid of Bath & District MS Group (MS affects more than 100,000 people in the UK), a night to listen to great music. But mostly a night to celebrate the life of rock’n’roll angel Lee Carl Streicher featuring White Trash and Deadbeat Valentino plus musical tributes from some surprise guests

White Trash – Members of The Computers, The Heavy and Sharks play blistering power-pop punk for fans of Stooges

“Okay, we have a contender for rock ‘n’ roll song of 2017 thus far. Creeps, weirdos and uncool kids, I present to you Bristol’s White Trash with their onslaught on the world; the most excellent Reverse Engineering.

This is the no-nonsense sound of punk ‘n’ roll of the highest and dirtiest order as the scuzzy guitars roar with a chord sequence half-inched directly from Phil Spector’s songbook. We have distorted vocals with politically charged lyrics that rant about Margret Thatcher whilst leaving enough time to namecheck The Clash. Along with Ramones style “oh-ohs,” the whole thing is sprinkled with a healthy overdose of power pop on amphetamines. Simply awesome.

Some may argue that this is punk by numbers, but I’m not buying that as I take off my soup stained Norman Stanley Fletcher vest and swing it around my head before slapping it in the face of Mr. MacKay. In other words, White Trash are sticking it to the man and I’ll have me some of that.

So, is this a punk rock supergroup? White Trash consist of Al Kershaw, Lianna Lee Davies, Aidan Sin, James Mattock and Flip Da Capo. You may know these names from such bands as The Computers, Turbowolf, The Broken Bones Gentlemen’s Club, Rings Around Saturn, Sharks, Da Capo and more. Supergroup is a horrible term so let’s just say that this lot have more than enough filthy pedigree. I mean, The Computers worked with Rocket From The Crypt’s John Reis, AKA Speedo. Say no more.

I have no idea on whether a label has picked up on White Trash as everything internet based seems very low-key, but anyone with a milligram of rock ‘n’ roll in their blood would be a fool not to be all over these like a Tory claiming expenses on a floating duck island. Early gigs have taken in a support slot with The Dickies, a turn at Camden Rocks festival and a showing at Some Weird Sin – the best rock ‘n’ roll night there is in Ol’ London Town. I for one cannot wait to see these wasters live.

Check out Reverse Engineering on YouTube and tell your friends you heard it here first.” Ginge Knievil. – Mass Movement