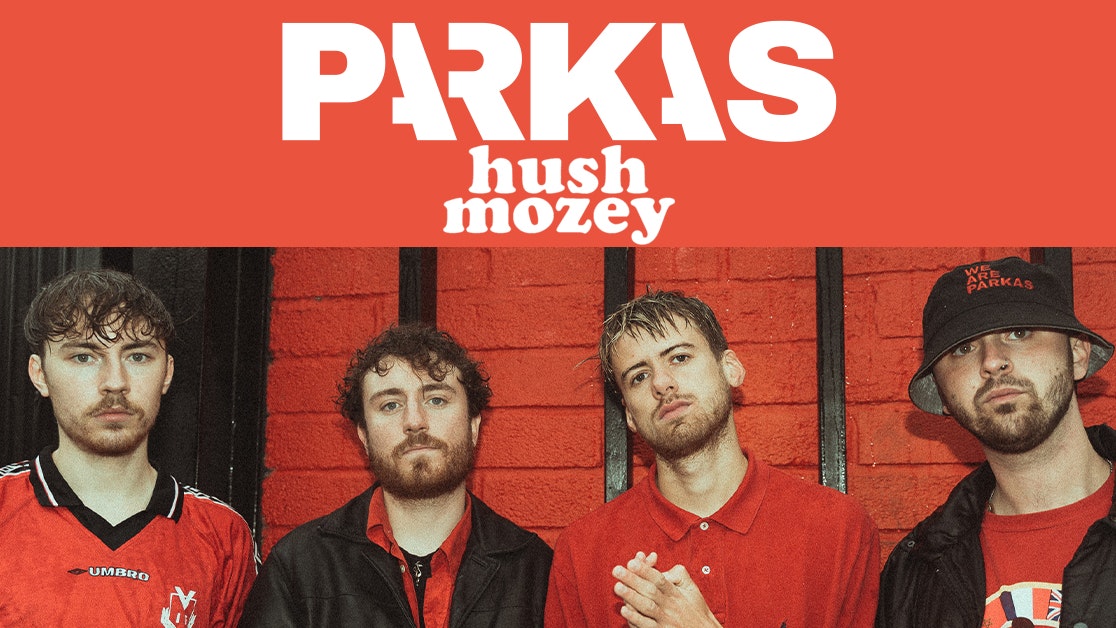 “An garage rock quartet hailing from Bristol, who are old enough to remember the 90’s and smart enough to know they’re never coming back. Expect nothing less than bone crushing riffs, anthemic choruses and songs that drip with irresistible attitude.

2019 has seen We Are Parkas become one of the hottest prospects in the UK indie music scene. Following the release of three stellar singles, ‘Catch Me Out’, ‘Thirtysomethings’ and ‘Medication’ which were recorded at Marc Macnab – Jack’s (Kill It Kid) Mizpah Studios, the band have performed sold out headline shows in their stomping ground of Bristol at The Louisiana and The Mother’s Ruin, as well as in the big smoke of London at The Fiddler’s Elbow and The Monarch.

The lads have also supported some of the biggest names in the current UK scene, namely The Scruff, The Wholls, Himalayas, False Heads, GETRZ, RedFaces, Novatines, Larkins and The Snuts. Singer and frontman Matt Banks has even opened for Carl Barat and The Jackals with a solo acoustic set at Bristol’s renowned venue on a boat, Thekla.

Their latest single “Friday Night” was released in April last year, and enjoyed a month’s airtime on John Kennedy’s X-Posure Show on Radio X. It has been described as “dirty, disillusioned, maliciously unapologetic rock and roll to be enjoyed only at maximum volume.” 2021 looks set to be a big year for the band.