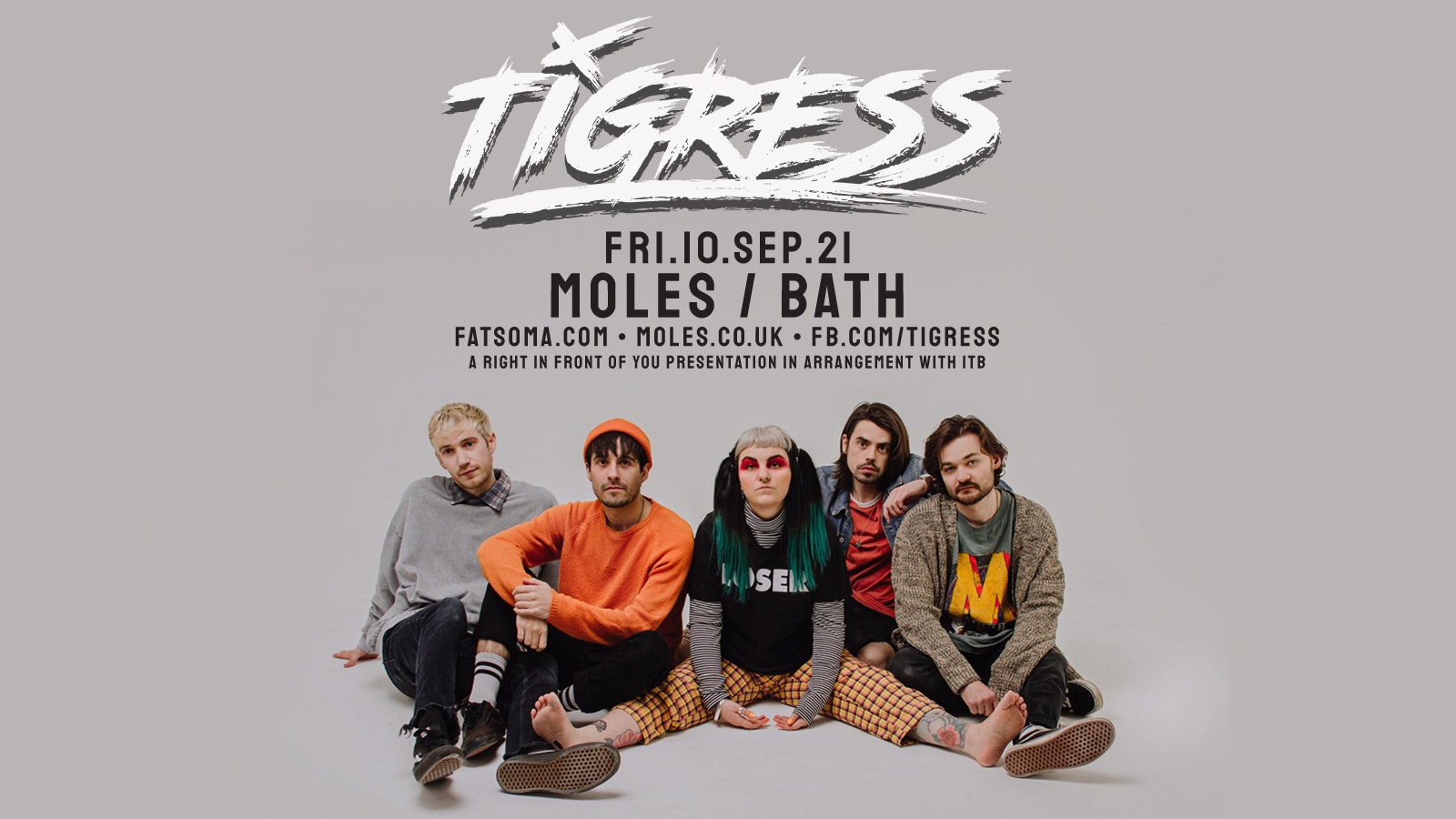 Right In Front Of You in arrangement with ITB proudly presents…

TIGRESS are a British rock band from Chelmsford, England. Formed in September 2015, the band consists of vocalist Katy Jackson, guitarists Tom Harrison and Sean Bishop, bassist Jack Divey and drummer Josh Coombes. The band are currently signed to LAB Records where they released their debut EP Human on 13 November 2015, follow up EP Like It Is on 12 May 2017 and 2018 EP Who Cares. All three releases were met with much acclaim across a number of major and independent music publications. The band have gone on to support the likes of Bring Me The Horizon, Enter Shikari, Skindred and The Xcerts as well as performing on stages such as the Avalanche Stage at Download Festival.

TIGRESS released their debut EP Human on 13 November 2015. It was co-produced by You Me at Six guitarist Max Helyer and John Mitchell at Outhouse Studios in Reading and mixed by Romesh Dodangoda. The band’s first show was performing at the Vans Warped Tour UK kick-off party at the Brooklyn Bowl in London on 14 September 2015. This was followed by a UK tour with Metro Station and a slot at the Vans Warped Tour UK at Alexandra Palace, London on 18 October 2015.

February 2018 saw TIGRESS open for Japan’s Man With A Mission in London, followed by an appearance at Spring Break Festival in Poland on the 21st April. The band supported InMe in May, which was followed by the release of their third EP Who Cares. June saw the band perform on the Avalanche Stage at Download Festival. Towards the end of the year the band opened for The Xcerts and Skindred.