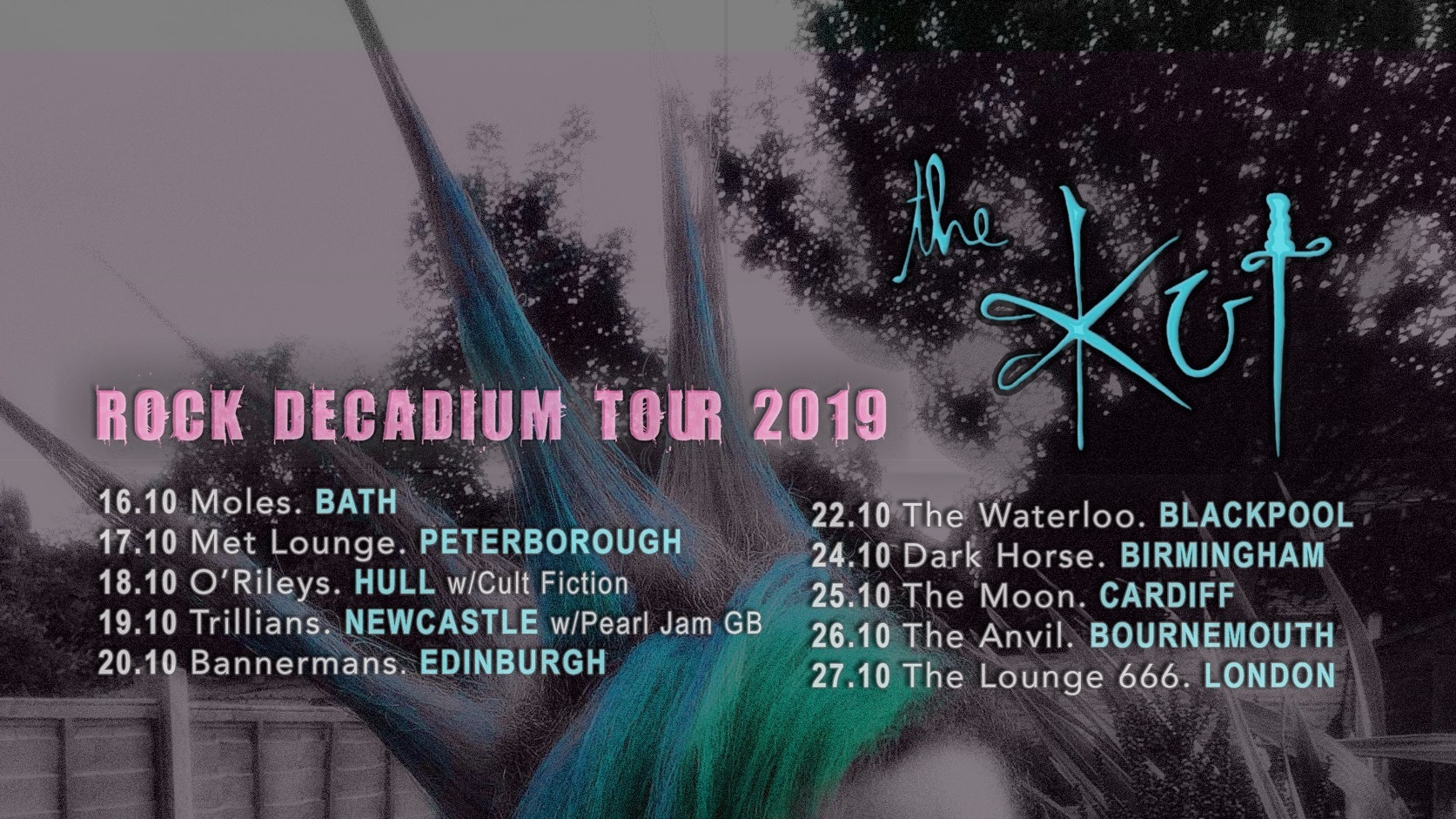 The Kut | Rock Decadium Tour
“Infused with the fuzz of 90’s grunge and alt.rock, The Kut is the alter-ego of multi-instrumentalist and PhD Graduate, Princess Maha. Live, they’re a trio.

Think Deftones, L7, Nirvana, Hole, Lunachicks, Incubus and Placebo. On record, they roar. Finalist of the UK Songwriting Contest 2017 and 2018, and Semi-Finalist of the International Songwriting Competition, The Kut scored a deal with Cargo Records for her own Criminal Records label in 2018, leading to the release of the debut album ‘Valley of Thorns’. Produced by James LeRock Loughrey (Skindred / Def Leppard /White Zombie / My Vitriol), its launch was fan-funded via PledgeMusic, hitting 300% of target.