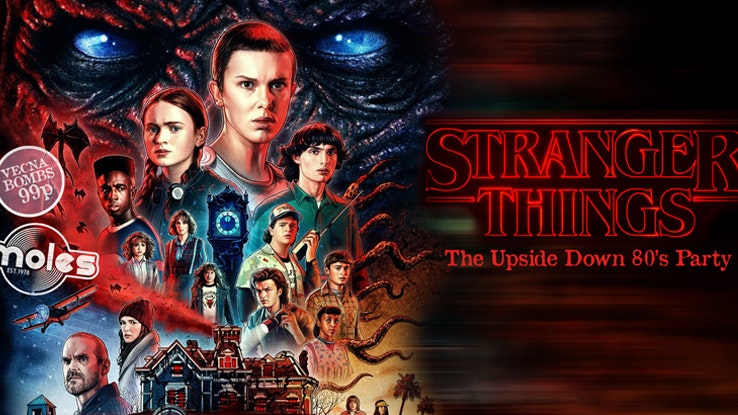 Join us in The Upside Down on Monday July 11th for a night of Stranger Things.

We’ll be turning the upstairs of Moles in to Hawkins with downstairs becoming The Upside Down.

DJ Eddie Munson will be playing the biggest 80s anthems from the TV show as well as movie tunes & pop bangers from the 1980s.

As well as 99p Vecna Bombs all night be sure to try our other themed drinks – Eleven, The Demogorgan and The Mind Flayer.

1980s Fancy dress comp – adorn the very best 80s garms as there will be Dead Mans Finger prizes for the best dressed on the night.