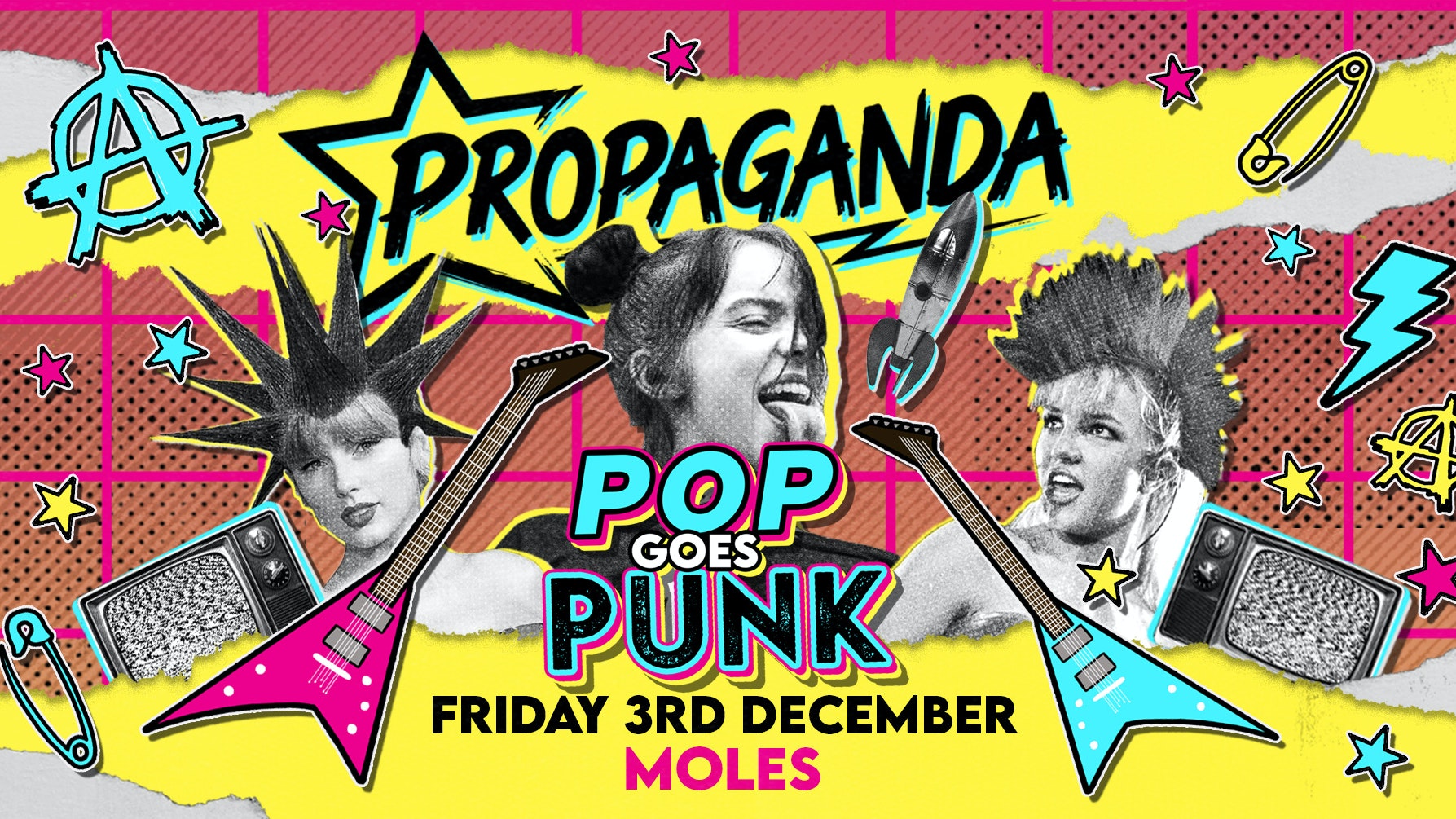 This Friday, we’re taking your favourite guilty pleasure songs you’ve been keeping a secret, slapping some tattoos on them and running them through a guitar amp! Think Since U Been Gone – but by A Day To Remember, Toxic – but by A Static Lullaby, and Trouble, but by We Came As Romans!

Alongside these head-banging sugary pop bangers, you can expect your weekly dose of indie rock’n’roll anthems.

Alongside these head-banging sugary pop bangers, you can expect your weekly dose of indie rock’n’roll anthems.

Propaganda is the UK’s biggest club night!
Expect an unrivalled audio-visual mix, with Arctic Monkeys to The 1975, Paramore to The Killers, Billie Eilish to Tom Grennan and much more!

Propaganda’s DJs have played at some of the biggest festivals in the world including Glastonbury, Big Day Out, Reading & Leeds and Benicassim. Previous guests who have DJed or performed live at Propaganda include Mumford & Sons, Ed Sheeran, Bastille, James Corden, Vampire Weekend, Calvin Harris, Haim, The Enemy, The Libertines, Ellie Goulding, Foals, Frank Turner & much more!

For recent playlists check out: Propaganda Mixcloud
Our latest Spotify playlist is here: Propaganda Spotify
And check out our radio show on Kerrang Radio with Propaganda resident DJ Christian Carlilse, every Saturday 9pm-1am!

Propaganda Bath is every Friday at Moles.

See you on the dancefloor!