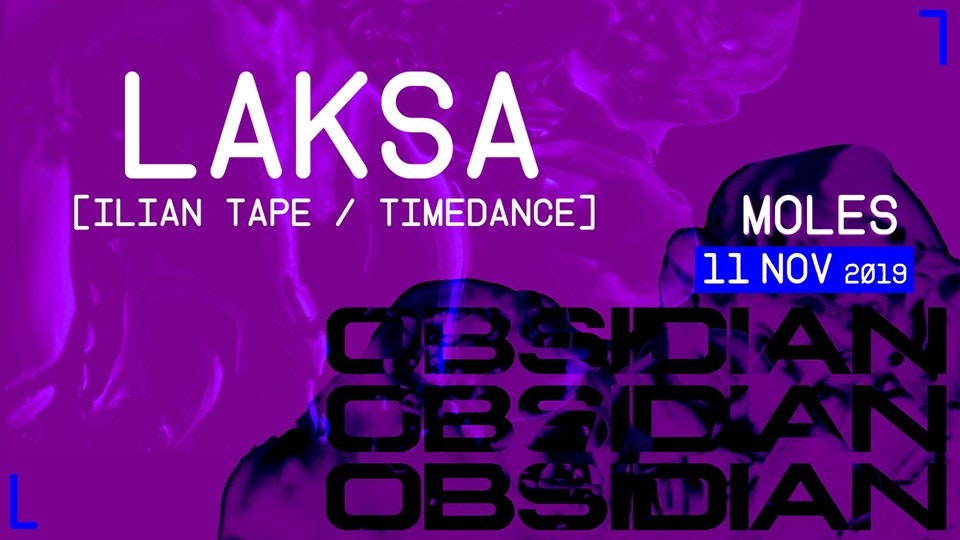 Obsidian presents Laksa UK for a night of captivating broken beat and electro into jungle, that will spin Moles on its head on the 11th November.

You may know Laksa for his monthly mixes with re:ni on NTS Radio under the name re:lax, combining ambient electronic with elements of jungle. Or you’ve heard Laksa’s powerful broken beat, electro and UK bass-influenced releases on heavyweight record labels; Ilian Tape, Timedance and Whities.

Known for his wildly vast sets, switching between breakbeat, jungle, IDM and electro, Laksa will be taking Moles by storm on the 11th November.

We will also be joined by Butterfly Effect, who has rubbed elbows behind the decks with acts such as Avalon Emerson, Fort Romeau and Lauer.

Na Fata, which translates as “no meat” is an Origins Sound resident. Na Fata has supported a wide range of genres, from Or:La and Bruce to Jeremy underground and Dan Shake. His versatile sound often finds a grounding in breakbeat, electro and leftfield house.