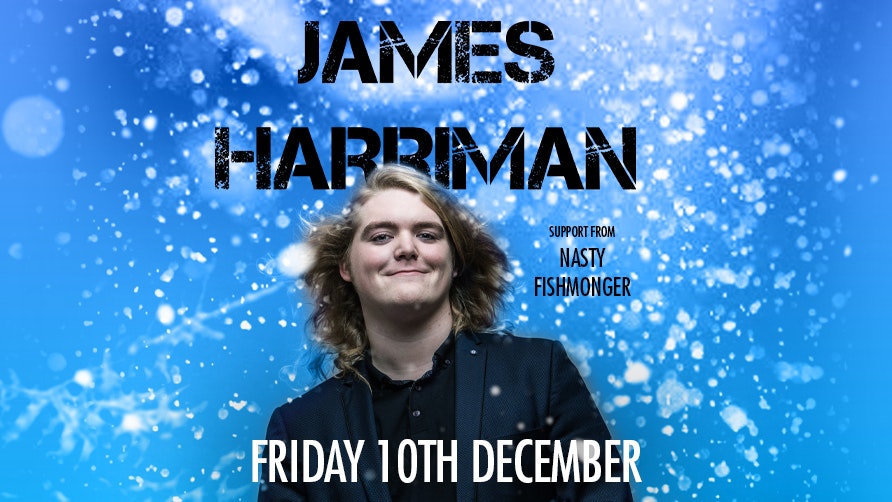 “James Harriman takes a nostalgic Folk-Rock sound and collides it with a Rock N Roll attitude creating a sound that brings old and new together. He delivers a non-stop, high energy live persona alongside catchy choruses and strong lyrics.

Over the past four years James has grown a dedicated following and a reputation for high energy live shows. “You will Laugh, Cry, Dance, Sing and Drink along with Friends and Strangers Alike!”

James first hit the live music circuit in Birmingham in 2015 bursting onto the solo acoustic scene with a looper pedal and his signature larger than life live persona. After moving to Bath in 2016 for university James’ fell in love with the Southwest’s unique Folk and Cider Punk festival sounds. He found a band of likeminded musicians to perform with, and his debut single “Half Past Two” was released in 2018. The song about student life takes sonic influences from a wide range of genres, and is still a crowd favourite today.

After releasing his debut single and touring the UK, James found himself refining his sound alongside his live band. Going back to his roots and taking sonic influence from artists such

as Frank Turner, Billy Bragg, Barenaked Ladies and Gaz Brookfield. James subsequently released a run of singles “Castaway”, “Snakes And Ladders”, “Politics”, “What A Way To Spend A Saturday”, “We Can Make It Out Of This Okay” and “Another Song About Drinking (I’ll Cheers To That)”. James’ eclectic mixture of influences from intimate folk to punk rock can be seen in the music he has released so far.

A good time is at the heart of every James Harriman show. However, James writes songs that are designed to be listened to, often touching on deeper themes such as relationships and mental health that contrast with the upbeat happy sound of the music. “You will Laugh, Cry, Dance, Sing and Drink along with Friends and Strangers Alike!”

James is fast becoming a favourite on the festival circuit. James has performed across the UK in legendary venues such as “Moles” (Bath) and “The Rainbow” (Birmingham). He has had the pleasure of supporting artists such as “Black Water County”, “Funke And The Two Tone Baby”, “Novatines” and “Gavin Osborn” to name a few. James has played many national events including “The Bath Festival Finale Weekend”, “The Birmingham Weekender” and most recently he was invited to perform a set for BBC Radio Bristol’s “Airwaves” digital festival. On top of this, attending James’ annual “Almost Christmas Tour” shows has become a tradition for students across the UK, This is a show not to be missed!