Farebrother + The Poets & Backwaters | Party In The City 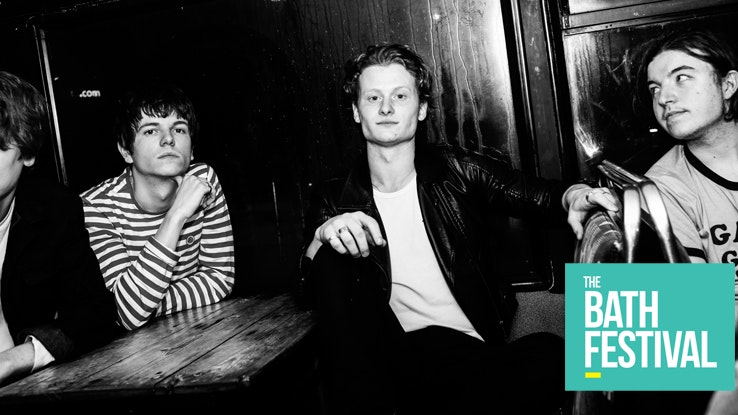 Party In The City with –

“With a sound similar to the likes of early Catfish and the Bottlemen, The Amazons and The Pale White, Farebrother’s ambitious efforts are certainly making a noise in the underground, upcoming indie scene. With songs laced with rip-roaring riffs and powerful vocals, this Bath quartet are already constructing a sound, big enough and loud enough to fill large venues. The tight quartet appear to have a knack for playing to their strengths in punching guitar solos, curating a very striking and polished ambience fit for large venues.

Bath-born 4-piece Farebrother have had just short of 160,000 Spotify streams with  ‘Rewind’ and ‘A Little Late’ placing them in excellent stead with the eagerly anticipated new single ‘I’d Be the Worst’. Having previously played with some of the industry’s most exciting and highly respected artists such as The Blinders, The Amazons and Baby Strange, Farebrother are certainly becoming a known name within their musical sphere. But not only have Farebrother secured their esteemed reputation amongst fellow artists, but publications and radios are certainly joining the bandwagon. Farebrother’s admirable drive has been recognised and premiered by ‘It’s All Indie’ and ‘Too Many Blogs’.  The band have also been  added to TMRW Magazine’s ‘TMRW Presents’ gig night line-ups alongside acts such as Flyte, Tempesst and ISLAND taking place at The Garage and The Finsbury in London.

With a clear direction, great support and ambition, Farebrother could be indie’s next biggest band, and what greater chance to prove this than with their accomplished new single ‘I’d Be the Worst’.”

“Backwaters are an energetic 4 piece punk/grunge band from the southwest of England taking inspiration from Moose Blood and Basement.  With a rapid growing fanbase and  a new E.P out this year, this is certainly a band to watch out for.”

Friday May 17th at Moles, Bath.