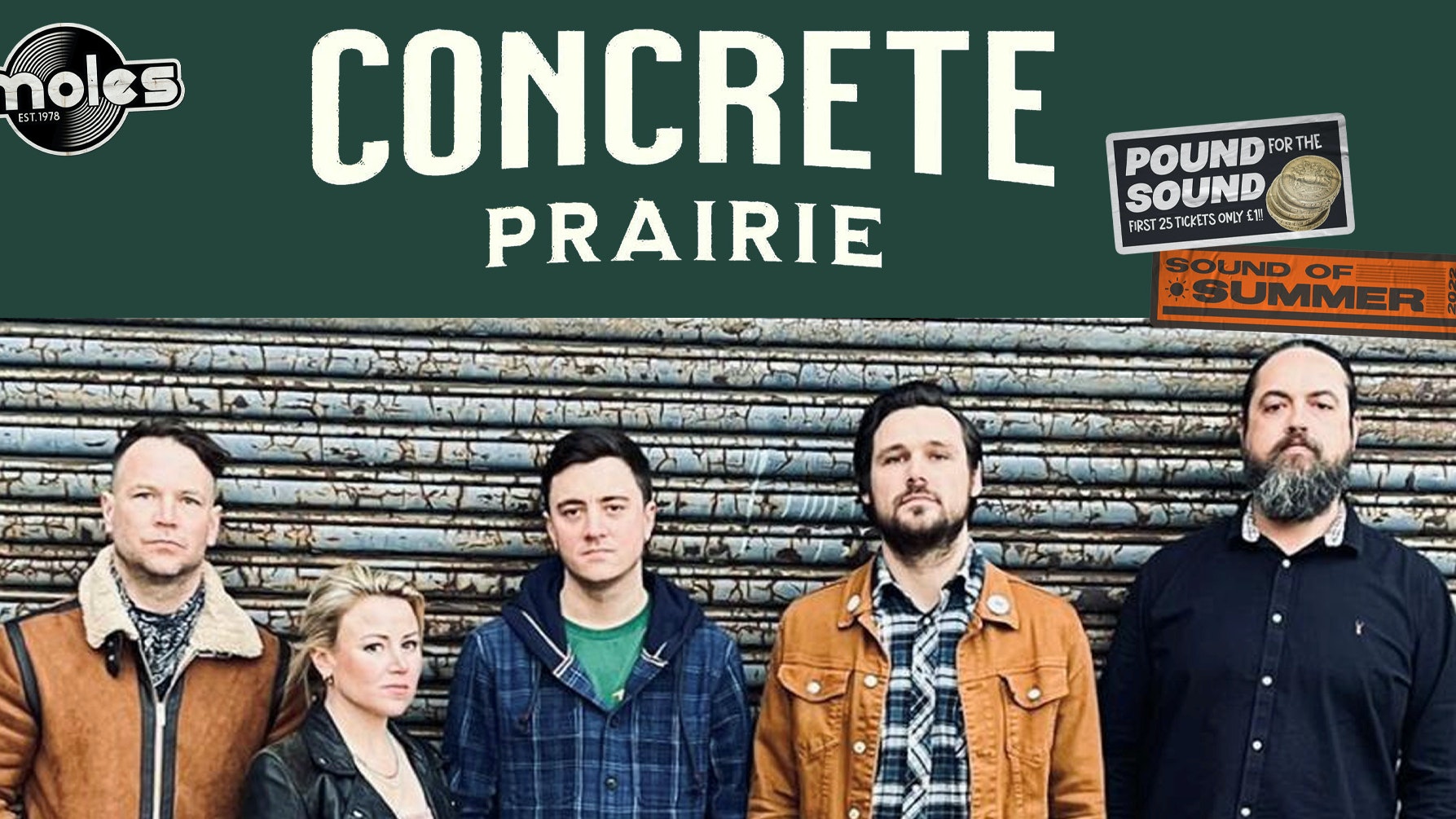 Concrete Prairie release their self-titled debut album on Good Deeds Music on Friday 2nd September, join them for an Album Launch Party at Moles on Sat Sept 3rd, the first 25 tickets are ONLY £1!

“United by a love of country, folk, indie & Western music past and present, Concrete Prairie are a quartet from the U.K. playing their own brand of bruised Americana. The band take inspiration from across the genres to deliver songs dealing with life, death and everything in between – a veritable soundtrack for the glamour & grit of everyday living.

After appearing at the BBC Airwaves Festival the band have just recorded their debut album at Real World studios with production from John Reynolds (Sinead O’ Connor, Indigo Girls, Damien Dempsey), with the band now treading the boards once again before the highly anticipated release of their maiden body of work.

With an emphasis on feeling over faultlessness, the group have steadily written a batch of heartworn originals ready for the road. Whether they are grooving on the cathartic, rootsy stomp of their own “Bury My Blues”; navigating the majestic meanderings of the American music songbook; or channelling spaghetti western soundtracks on their eight minute down-on-your-luck lament “The Devil Dealt The Deck”, the band invite you to get lost in a world where the harmonies holler, the guitars twang, the fiddles strain and hearts pound proudly upon sleeve.”

Please see our Accessibility Statement on our website for more info