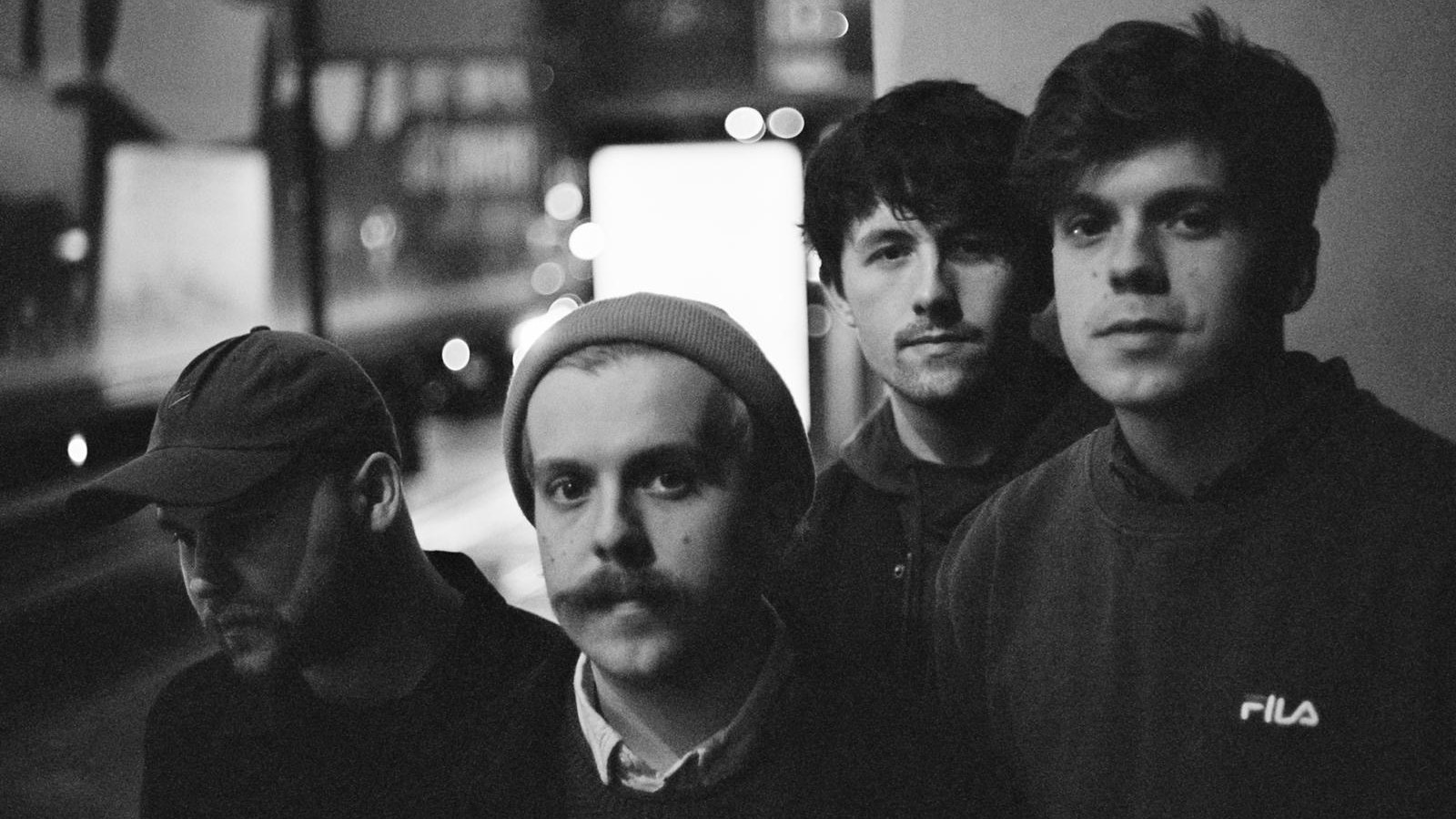 Right In Front Of You proudly presents…

Originally formed in Somerset by twin brothers Ivan and Frazer, the line up was complete in late 2015 after meeting James and Dean at university in Guildford.  China Bears have spent the last few years playing extensively around the UK, with notable support slots for bands such as: Genghar, The Districts, To Kill A King, Geneva, The Howl & The Hum and many more. The band were selected as an official artist for legendary tastemaker festival SXSW 2020 in Austin, Texas and made NPR’s acclaimed top 50 must see artists of the festival list.

After self-releasing 3 singles China Bears teamed up with Fierce Panda Records for the release of their debut EP ‘I’ve Never Met Anyone Like You’, picking up attention from the likes of BBC 6 Music, BBC Radio 1, BBC Introducing, Gigwise and Radio X to name a few.  Last year the quartet performed a live session for Steve Lamacq on BBC Radio 6 Music in support of a trio of singles; ‘I’m Not Eating Like I Used To’, ‘Statue Still’ and ‘Jolene’, which were released throughout 2020.

‘their sound unfurls as a package of unfaltering songwriting with whispers of The National and Dry The River….Brimming with astute and sophisticated songwriting and enhanced by racing riffs and compelling percussion, it toes the line between thought-provoking and euphoric.’ – Gigwise

‘the group sounds fully in command of a big, vibrant sound that calls on its influences — just about any anthemic indie-rock band of this century — while still sounding distinct’ – NPR

‘Tapping into those bright vocals, relatable lyrics and some delicious guitars, they’re ready to fill big venues…Remember what made you love Snow Patrol so much? China Bears have that je ne sais quoi in spades – updated for 2020’ – Gigwise